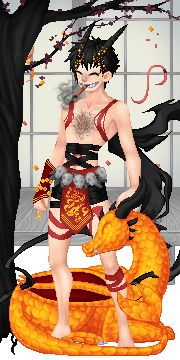 I'm Shamus, 40 years old. I am a truck dock forklift operator at a logistics and shipping company now during the day and during the night I'm a janitor.

I was born in Ireland and lived there until I was 4 years old. I immigrated to America where I have stayed.

I play pokemon. If you want my Friend Code, just ask. I dont mind giving it out.
I also am quite literally addicted to Legend of Zelda: Breath of the Wild and Pokemon Sword. We should play sometime?
For video game consoles, I am mostly Nintendo with a splash of Playstation. I have a DS, 2DS, Wii U and Switch for Nintendo consoles and a Vita and PS3 for PlayStation consoles.

I'm a linguaphile, meaning I am a lover of languages. I wish I had the skills to be fluent in every language. Sadly, that's not humanly possible, though I do pick up languages fairly quickly and easily. I dabble in languages to learn basics out of curiosity and interest.

But after observation and analysis,
when you find that anything agrees with reason
and is conductive to the good and the benefit of one and all,
then accept it and live up to it."