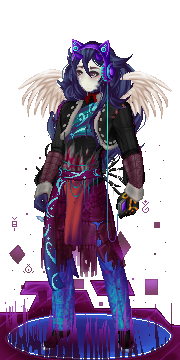 I might send this as a message in a few days instead, I just don't want to like...Send a message out of turn, so to speak? I guess it's mostly just some random update/conversation things lol. It's rained a lot here, but it's dry enough I was able to mow. I have two cemeteries and a few houses to do tomorrow before the rain comes back lol.
I spent most of the weekend cleaning up my basement. It had a lot of stuff just cluttering around and leftover so I cleaned and re organized. I need to get rid of the old bath tub that is sitting down there still xD Its all old iron and from the 1940s so it's kind of heavy and I wasnt sure what to do with it. I'm cleaning out a lot of old stuff/leftover stuff in a sort of spring cleaning cleanup.
Lots of flowers are starting to pop up/bloom, and I'm pretty excited about that. I like flowers/gardens though, so seeing mine pop up is always kind of cool. I have a lot of random seeds I need to plant next week.
Also, I found out an orange cat has been living in my shed. I dont mind, but he isn't friendly yet. I've been setting out food and he has stopped running when I step outside if he sees me so that's a plus.
I hope that things have been going better, and that you are in an area that's secluded from everything that's going on. I know that with Covid going around, a lot of places are closing/reducing labor for safety. Hopefully it hasn't caused you more trouble/stress, especially since oil seems to still be pretty cheap and you said there was a chance you might have to move just from that.